I was having coffee at a McDonald’s with a group of promising young journalists last week, chatting about my broadcasting career when it hit me. I was in the Soviet Union in 1990 when McDonald’s opened its first restaurant. And since the burger giant has closed all of its 800+ Russian restaurants amid the invasion of Ukraine, I decided to tell these zoomers my story.

I was working at a radio station in Atlanta, the home of Coca-Cola. They sent me to Moscow to cover the grand opening. Soviet President Mikhail Gorbachev endorsed the Golden Arches as a way to push for change. At the time of its construction, this was the largest Mickey D’s in the world with more than 700 seats and 600 employees. 30,000 had applied for jobs, undergoing training not only on how to flip burgers, but how to say “Welcome to McDonald’s” with a smile. Smiling just wasn’t associated with soviet behavior. It was considered very “American.”

My parents had visited the USSR a few years prior to this and told me to bring cigarettes with me. Why? “Trust me”, they said, “It’s like currency.” Guess what? They were right. But did I listen? No. Big mistake. It was almost impossible to get a cab without cigarettes. I would approach a taxi driver, hand them a piece of paper with an address, they would ask if I had American cigarettes, I would shake my head no and the driver would scowl or grunt and slump back into the driver seat for a nap. Thankfully most TV reporters had their own drivers and were nice enough to let me tag along. They also had translators, which really helps if you don’t speak Russian.

My first day in Moscow I decided to take in some of the sites. First stop, the metro. The stations are like art museums, very ornate and no two look alike. There are murals, chandeliers and sculptures and it’s so clean. It was built in the 30’s as the country was preparing for a possible war. In 1941 metro stations were used as air-raid shelters. As I pulled out my Kodak Instamatic camera (no cellphones back then zoomers) to snap pictures of this masterpiece, I was approached by the militsiya, the police. There were four of them, tall and lean, pointing at me, at my camera, waving their hands and shouting. Having no idea what they were saying, I pulled out a business card, and using my hands (why do we do that?) tried to explain that I’m a journalist. The shouting and waving continued and I was escorted out of the metro and into a police car. It was a chilly day. I was wearing a heavy winter coat, but at that moment, the sweat began to pour out of me like a wayward sprinkling system. I’m in the back seat of a police car with two cops on either side of me. Were they taking me to jail, would I see my family again? I vividly remember a clammy pool of perspiration sliding down my back as the car sped away. A few minutes later (seemed like an eternity) the car stopped at what I assume was the police station. They took my camera and let me go. When I got back to my hotel, a little shaky and soaked with hair stuck to my face, I ran into (literally) a young Canadian exchange student in the lobby who asked if I was okay. He was quite amused by my ordeal and told me photography was frowned upon in the metro and that the police were probably just trying to scare me. At that moment I negotiated a deal. My new friend wearing a flimsy wind breaker (Canadians are a hardy bunch) agreed to be my translator for the remainder of my stay if I would pay for his meals.

That night I decided to check out the local landscape and experience a true soviet cafe. (my translator needed to study) It was small and dark and nondescript and smelled like smoke and bad eggs. There is a large man dressed in dark clothes with a bulging vein in the middle of his forehead shaking his head. “You think you’ve had a bad day,” I whispered. He gives me the once over and I point to a small vacant table, as if to say, “I’ll sit there.” As I step forward he stops me and shakes his head no. Moments later a couple walks past me and he escorts them to a table. I think to myself, maybe they have reservations? This happens over and over and over again. People come in, get seated, I stand there wondering why I’m being ignored. And just as I was going to leave and go back to the hotel, I hear people speaking English. Yes! Jackpot! Two men from Australia enter the café. I quickly introduce myself and explain my dilemma. They laugh and invite me to join them.  A few words of Russian are spoken and the rude restaurant dude seats us but he doesn’t look happy about it and speaks to my new mates for a few more minutes. We sit down, order vodka and I finally exhale. “You know, he thinks you are a prostitute,” says Aussie #1, “because soviet women don’t dine alone.” What? It turned out to be an enjoyable evening and after the bill was paid I walked up to the miffed maître d’ one last time, smiled and shouted for all to hear, “Dasvidaniya…and I’m not a hooker!”

Finally the day arrives, January 31st, 1990. Where thousands are lined up at dawn, waiting for a taste of a Big Mac, or what they call Big Mak. The first fast food in the country, costing over 3 rubles, the equivalent of a half day’s wages. The restaurant is located near Pushkin Square. It’s shiny and new and supposed to signal a new era of optimism in wake of the cold war. There is music and fanfare and by the end of the day a record is shattered. The Moscow McDonald’s serves more than 30K visitors. If I’m honest, it really was the best tasting food I had during my stay. This was a time when there were all sorts of shortages in the USSR. It seemed like retail was non-existent. I took a walk to the GUM, a giant 3-level shopping mall with a glass roof, located along the eastern side of Red Square. It was built in the 1800’s. The architecture was incredible but the space was empty. Through my translator I learned that shop owners had no idea when or if their wares would arrive, so day in and out, they waited. On the other hand McDonald’s didn’t run out of anything. The company set up a private manufacturing plant within the Soviet Union, which was unheard of at the time. Anything they couldn’t get was imported.

I was able to share all of this with my radio audience, filing reports at the main press area, located in my hotel. There weren’t any laptops or smartphones, we used landlines. (Google it) I had to lug around a bulky tape recorder, cassette tapes, microphone and extra batteries. I found so many interesting people to interview. One common denominator I found among the soviet people- family is everything. The night before my flight home, my translator introduced me to some of his school friends who had lots of questions for me. They could not believe I, a single woman, had my own apartment, complete with washer and dryer, and my own car. They too couldn’t believe I was traveling alone. One young woman kept eyeing my jean jacket. “It’s so beautiful,” she said. Back then denim wasn’t easy to come by in the Soviet Union, and I was told I could get a lot of money for it on the black market. I decided to give it to her. I also gifted my bath towels to the maid at my hotel. (another lesson from the P’s. They told me to bring my own because the towels at the hotel would be the size of washcloths and they were right) Both women thanked me and cried.

A lot has happened since my visit. I never saw my translator again but we occasionally wrote (yes, pen and paper zoomers) to each other. I met many kind (and some not so kind) people during my assignment and learned a lot. I also came home with a renewed appreciation for America.

So what did the young communications majors think of my story? The real shocker…the fact that I didn’t have a smart phone, no internet, and worst of all, no social media. One student asked, “Did you take a mental health day when you got back?” That would be a no. Another student thought I was brave, and couldn’t believe how I was treated because I was a woman traveling alone. In the end they all agreed that maybe radio was “kinda cool” and that I was “totally a badass.” I’ll take it. Pass the fries.

Find out more from ‘Ask Vikki’ at www.c2-com.com

What Employee Benefits Should You Be Offering in 2022? 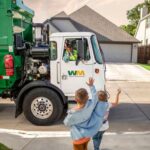 What Employee Benefits Should You Be Offering in 2022?